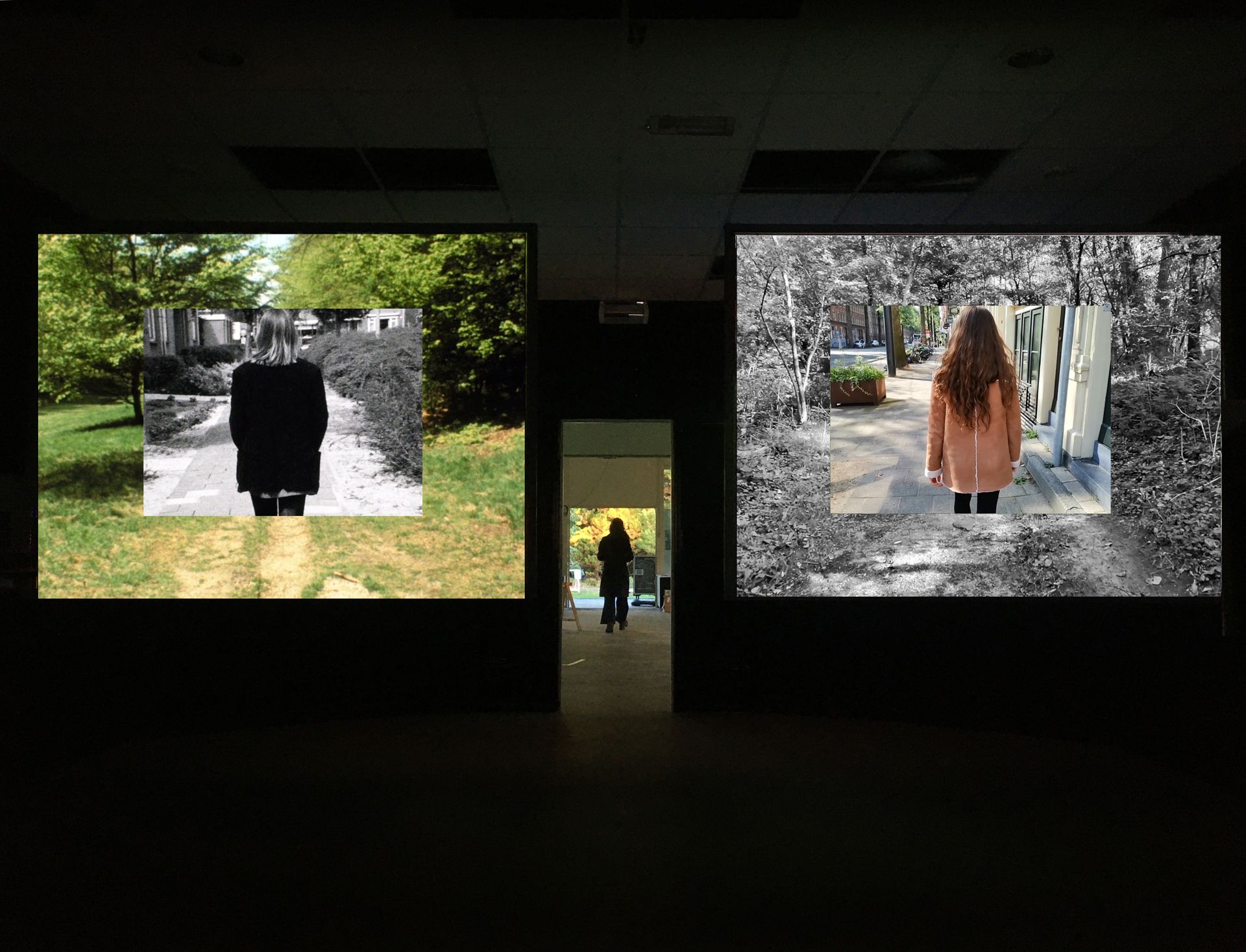 Circuit is a walk through the streets of Amsterdam, in 1996 and now.

In 1996, Iris Hoppe walked the streets of Amsterdam and its surrounding area. She filmed this walk from two different viewpoints with a Super 8 camera, and turned it into an installation. She projected the two films picture-in-picture.

Almost 25 years later, the artist remade the film. This time she filmed her own daughter, walking the same streets as then. Together, the films make up a new work. The two walks are placed parallel to each other on four screens. An experience in which the meaning of movement and time is explored. - Alice Smits -