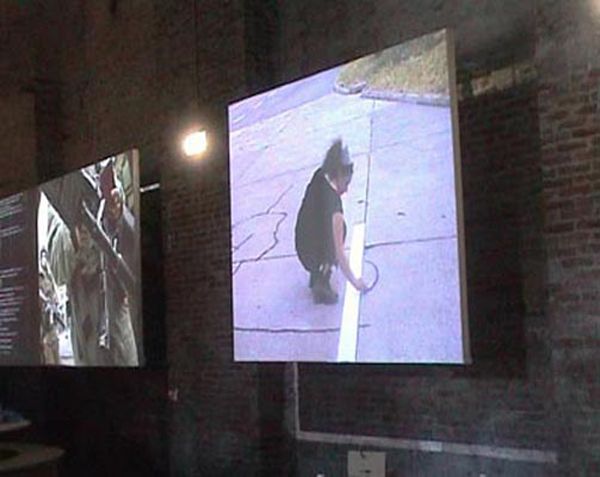 Travelling by car along the trajectory between Berlin and Venice, I crossed various kinds of borders, both on peripheral and main roads between: Germany / Czech Republic, Czech Republic / Austria, Austria / Slovenia, Slovenia / Italy.

Along these borders, I approached people on the street and asked them to define their own personal border around themselves, while in front of the official one. I offered them a box full of different coloured chalk with which to draw their borders on the street.

Individual Borders is a participatory videowork and at the same time an intervention in public space. Most of the 40 participants instinctively defined their personal borders in a public space as tiny circle around themselves.