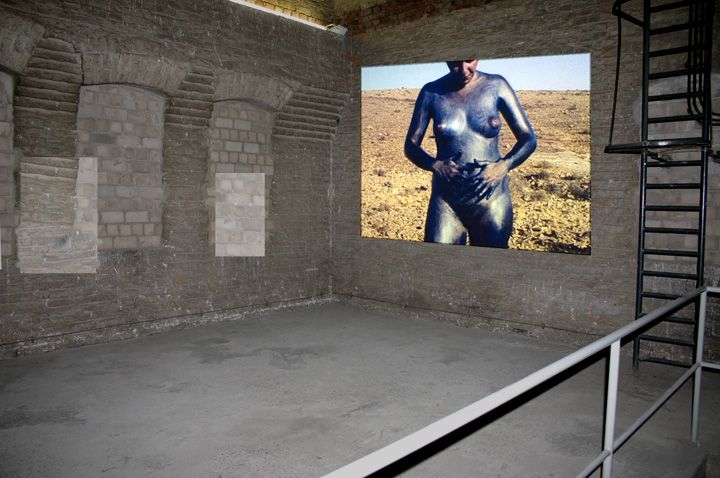 Slowly I approache from a distance, passing meaninglessly through the Sahara desert and "crossing the screen". In contrast of the minimal storyline, the film- performance is accompanied by a soundscape that creates an exaggerated cinematic tension.

The film's final scene shows the preparation of the performance, a close-up of the performer's torso while covering her body with indigo pigments. Through the use of a reversal film trick, the intimate movements have a highly abstract effect and unsettle the observer in his perception.