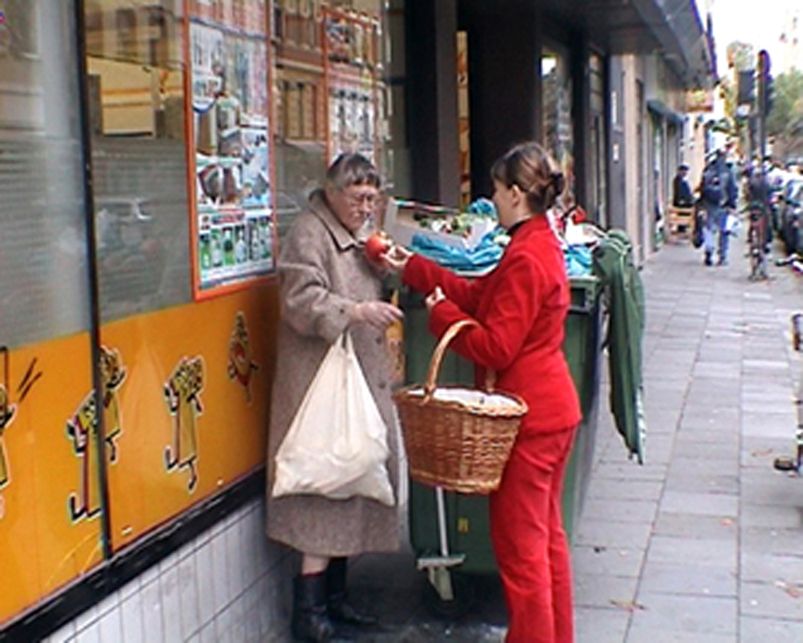 As an ancient symbol of the earth, the apple plays a role in all cultures, namely as a symbol of love, fertility, the female principle and life. Because of its importants, the apple appears in countless fairy tales.

On the streets near the Lutherkirche the artist gave passers-by ab bright red apple, "the apple of knowledge", as a symbol of temptation, the discord between good and evil. The performance plays in the context of art and church with the complex meaning of the terms faith and trust.